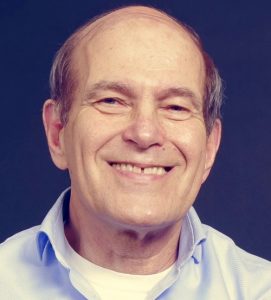 Ronny Naftaniel has been referred to as ‘the mayor of the Jewish Netherlands’. He has been associated with the CIDI for no less than 37 years and at the end of the previous century he sat at the negotiation table to reach an agreement with the insurance sector.

On 9 November 1999, he placed his signature on behalf of the Central Jewish Board (CJO) under an agreement that involved 50 million guilders. Five million was destined for a digital Jewish monument, twenty-five million went directly to the Jewish community for insurance policies of murdered Jews that could not be traced and twenty million (about nine million euros) was available for individual payments to rightholders. The Sjoa Foundation was entrusted with the investigation into and the payment of unpaid policies.

How do you look back on that agreement?

“I especially look back with great satisfaction on the negotiations that have led to the agreement. Of course, we did not always agree in the preparatory phase. To put it even more strongly, there was sometimes quite some friction, but in the end, we have achieved a respectable agreement. It was truly a classic example of the Dutch polder. What I really enjoyed, was that there was always mutual respect. Just consider the fact that we signed the agreement on 9 November 1999, the commemoration of the Kristallnacht. That was a joint decision that exemplified empathy. I knew Eric (Fischer, former general manager of the Association of Insurers and in this capacity negotiator on behalf of the insurance industry) from my student days. I did not know him well, but these little things make good consultation easier.”

What did you think of the role of the insurers?

“Nothing is strange to the insurers. One is more powerful than another, also in the insurance industry, but we have not noticed any difference. Right from the start, insurers placed the responsibility with the general management of the Association and that was clear, because the insurers spoke with one voice.”

As the spokesperson of the CJO you also received criticism in those days in addition to praise. Did that hurt?

“Of the 50,000 Jews in the Netherlands, perhaps 10,000 are members of a Jewish organization. The umbrella organization of these Jewish organizations is the Central Jewish Board. These other 40,000 choose not to be part of any organization, which makes it difficult to represent their individual interests. When we concluded the agreement with the Association of Insurers on behalf of the CJO, there was one Dutch organization that felt that we were not entitled to speak on behalf of the Jewish community. The court smashed that to smithereens. The court ruled that the Central Jewish Board was the only organization that clearly represented the Jewish community. This ruling was so favorable that it has only strengthened our position.”

Insurance companies, together with the CJO, were the first who tried to reach an agreement. Didn’t that put much pressure on the entire process?

“Pressure? You should ask Eric Fischer that. The Ministry of Finance was not really happy with the agreement. They found it strange that the Jewish community saw itself as the legal heir of unpaid policies. Normally speaking, the State is the beneficiary if there are no legal heirs and the Ministry objected to the fact that we wanted to break that legal principle. However, our argument was that the State would otherwise benefit from the Holocaust and that could not be the intention, could it?”

With the agreement, the Association has set the tone for other branches of industry, but it was also an international forerunner. Why was there such a hurry?

“We would both benefit from a rapid agreement. We wanted to break the precedent of the legal succession and the Association felt the US breathing down its neck. If international agreements had been made at all, these were mostly forced by the World Jewish Congress.”

What was the role of the WJC? Were they ultimately pleased with the agreement?

“No, on the contrary. The agreement has been contested in America. That pressure was severe, especially from the Eagleburger Commission. Its full name was the International Commission on Holocaust Era Insurance Claims. I once joined a delegation from the Association on a visit to the US to defend the agreement. At a given moment I was so outraged by the unreasonable demands that I said to Mr. Eagleburger: ‘You act as if the Holocaust took place in America, but it was in our part of the world’. These words came down hard.”

What was the basis for the pressure from the US?

“America thought that much more money would be involved, perhaps even billions. In the Netherlands, much had already been restored after the war, but they found that hard to believe.”

In twenty years, the Sjoa Foundation has settled about 97 per cent of all applications, also from the US. How is it possible then that every time new bills are proposed, both in the Senate and in the House of Representatives, about the so-called Holocaust Insurance Accountability?

“This is related to two things. The first is economic power. Europe is a competitor of the US. If the US find a means to come down on Europe, they will gladly use it. The second reason is that some politicians in a number of large states believe that they must ‘please’ the Jews. For this reason, they want, to put it disrespectfully, fleece the insurers. They are killing two birds with one stone with such a bill. These bills are proposed purely from political motives, but they are unfair. The Jewish organizations in the US also find them unfair. You should not want more than you are entitled to.”

America is still not satisfied with the Dutch solution?

“No, and that is strange. It is admirable that in this country claims have been investigated and paid for twenty years. Many organizations don’t even try this, while you could contact the Sjoa Foundation with the idea that there could have been a policy and then everything would be investigated for you. That is good! There is no reason at all to scrutinize the Dutch insurers again. It is finished!”

Is it ever finished?

“Let me be more careful in my response. When it concerns insurance policies, it is finished. All large Jewish organizations in the US are also against these bills. There is a good reason for that. But not everything has been equally well arranged. Take, for instance, the Netherlands Railways (NS). There is now finally compensation for some Jews who survived the war, who have been transported against their will and even had to pay for their ticket to Auschwitz. However, most of the Jews have been murdered and the NS does nothing for them, while it was equally involved in these cases. That is absurd and if the Americans say that this is not correct, I completely agree with them. Let me put it this way: it is not all incorrect what is happening in America.”

The archives of the Sjoa Foundation

According to Naftaniel, who was involved in the negotiations as spokesperson of the Central Jewish Board, the Sjoa Foundation has not only done solid and good work, but also created ‘incredibly interesting archives”.
These archives contain the necessary information about what was/was not paid after the war. Information that can also be important with respect to claims related to ground lease and municipal taxes, which are currently being handled by several Dutch municipalities. Naftaniel: “Many houses of Jews were confiscated during the war. These houses have (partly) been returned after the war, but the Jews were afterwards confronted with invoices for the ground lease or taxes for the years in which they were in hiding or in concentration camps. I am now busy making an arrangement with several cities and in the settling of the claims we can probably make good use of the archives of the Sjoa Foundation.”